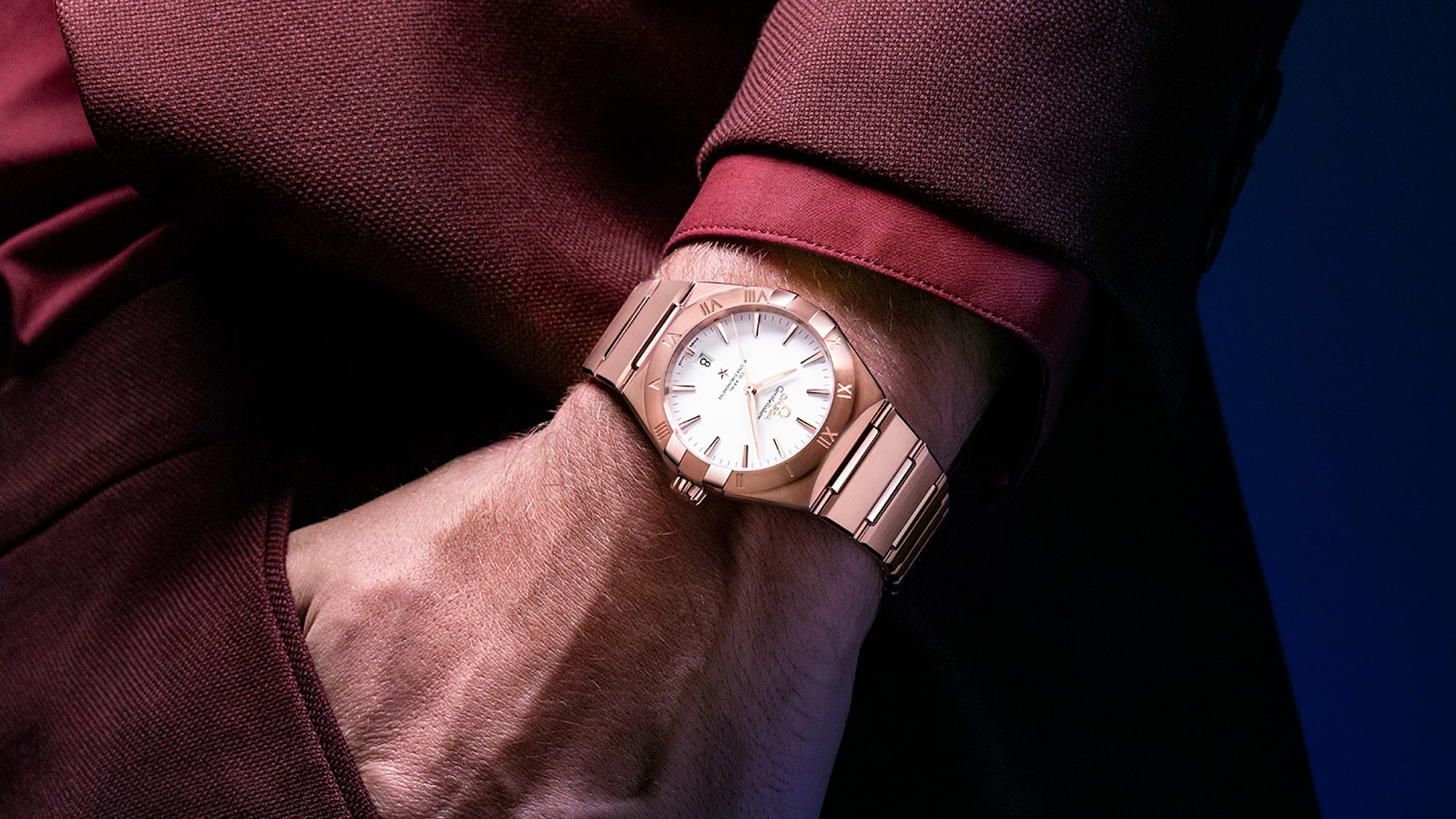 The Omega Constellation launched in 1952, making it one of the oldest of Omega’s watch collections – older than the Speedmaster by five years. What began as a chronometer for men in the 1950s got the familiar look that we know today in 1982, when Omega added four distinctive claws to the sides of the case and bezel.

My Dad has never really been a watch guy, but Mom wore a two-tone Constellation as her daily watch for basically my entire ’80s and ’90s childhood. When I close my eyes and imagine a “nice watch,” this is very close to the watch I see.

Today we received word that Omega was refreshing the men’s side of the collection (following a 2018 refresh of the women’s lineup), and will be introducing 26 new models across two sizes (36mm and 39mm). A press release from Omega mentions that all of the larger size models have been upgraded to Master Chronometer status, though if you consult the Omega site, it looks as if the 36mm versions are all Master Chronometers as well. These are a lot of new watches, and we hope to get a few different variations into the office as soon as possible for a Hands On post.

Integrated bracelets currently being, as the younger generation likes to say, “a thing,” it’s easy to guess why Omega has breathed new life into the Constellation at this time. The company certainly knows a thing or two about selling watches, and these new Constellations, while not the stuff of watch geek fodder that the stainless steel Speedy 321 sure is, seem likely to be a really big commercial success.

The all stainless steel version that we see above and below in its 39mm size is priced at a competitive $6,050. It’s an interesting contribution to the field of stainless steel sports watches with integrated bracelets, a category of watches that increasingly, just about every watchmaker seeks to have in its collection. Omega is delivering quite a lot of value with this watch, I think, particularly given the implementation of the Master Chronometer movement. It’s interesting to note that the all stainless steel ultra-thin Octo Finissimo from Bulgari, which we covered just yesterday, costs about twice as much money.

The new Constellations use the in-house Co-Axial Master Chronometer cal. 8800/8801, which have many advantages that are well known to readers here, just some of which include great amagnetic qualities and a chronometer certificate. As with all of Omega’s modern in-house automatic movements, it runs at the slightly unusual frequency of 25,200 vph (21,600 vph or 28,800 vph are more commonly encountered).

Aesthetic updates to the Constellation include polished and beveled edges along the the case, the claws, and the bracelet. The bezels have been slimmed down and the Roman numerals that mark the hours have been redesigned. There are also conical crowns and redesigned handsets – the latter, Omega says, were inspired by the design of New York’s Freedom Tower. And where bracelets are concerned, there’s a comfort-release function that allows for a 2mm adjustment.

Below the star on each dial you’ll see a trapezoidal date window at 6 o’clock. Date windows rarely make or break a watch for me, but like any detail of a watch design, I prefer those whose position, scale, and shape appear to have been carefully considered, and I believe that these date windows have been.

There are a ton of variations among these watches, starting with the two sizes, and continuing to include all-steel, various two-tone configurations, versions with straps and bracelets, and dials with accents that are gold, blued, or blackened. If diamond hour markers are your thing, you’re covered too.

As far as pricing goes, the range is wide, which shouldn’t come as a huge surprise given the number of new references and the diversity of materials in play. The basic 39mm steel on steel version you see featured above is set to cost $6,050, and steel on an alligator strap will cost $5,850. Yellow or Sedna gold on an alligator strap will cost $18,600, and gold on gold $31,700. In the 36mm size, steel on steel will cost $6,050, the same as the larger version. But naturally, you will see some pretty big differences between the pricing for the two sizes where gold is concerned. The all-gold 36mm versions, both Sedna and yellow, are $27,200 apiece.

These were just announced today, and I haven’t yet seen either size. I’m eager to take a closer look at all of them, in particular the steel on steel variations in both the smaller and larger sizes.

See the new collection at Omegawatches.com.